This’ Maxcites, a blog I recently created to put across a few of the ideas that persons in my mind and myself have constantly been arguing about.

I can assure you that it’s going to be massive great pieces interwoven in ridiculous humor and satire.

You can always check on it.

I don’t like no criticism. I won’t be the first to offend. Do not attempt to reply, whatsoever fuels your intent. Do not abuse anyone on this site. Mind your intellect. AND, MOST IMPORTANTLY, be of majority age.

Thank you all. Your are welcome. 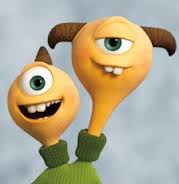 Queen beauty. My dark chocolate beauty. Skin tonned like a beer bottle. Her smile so pretty it could heal a heart that she never broke. Teeth so crisp like a mother’s love, skin so tender like a lost friend’s hug & eyes so pure like a sinner’s prayer.

Her eyes tell stories deeper than a smoker’s addiction.

She’s got a down to earth lifestyle no trouble maker.

Holds her faith so dear to her heart, Lord could she be the one?!!

Her smile so beautiful it lightens up my soul and when she smiles,,, it makes me want to freeze moment so i could re-live the presence of her smile for the rest of my days.

The darker the berry the sweeter the juice they say… I say the queen mother of beauty was born and lives amidst us today. Bless the heavens for having created me during her time…

Thunk..Thunk.. Thunk …Thunk … Everything is quiet except for the sound of large, heavy feet hitting the dirt. I sit and marvel at the spectacle in front of me. Two flesh and blood tanks engaged in a battle of will and muscle. Against all reason the rhinos move gracefully. Their bodies oddly light as if […]

via On Safari in South Africa: When Rhinos Collide — The Insatiable Traveler

I never really appreciated how life really decides to show its various faces in a flash. In one moment you have it all figured out and standing, and in the other, well, bzzzzzzz! Stars. Well, stars are so glamorous from the sky. My auntie told me in childhood that stars are actually souls of the […]

via BOOMERANG! — Trust is such an elusive commodity!

I never really appreciated how life really decides to show its various faces in a flash. In one moment you have it all figured out and standing, and in the other, well, bzzzzzzz! Stars.

Well, stars are so glamorous from the sky. My auntie told me in childhood that stars are actually souls of the departed people. That those who went to heaven were up there watching us. Naive I was to believe that for I also read that from the book she had. But the seeing of stars follows thunderous pain.

On Tuesday the 30th of May, 2017, I sat in a taxi from Luzira headed to Kampala. Next to me after a few meters sat another passenger, we exchanged brief pleasantries and we both got to our respective own. When I next looked at him, he was a bit uneasy, fidgeting with his phone and headsets. He looked on either side and decided to pick on me since I was better dressed than the guy on his right hand side, given I was headed to work.

He asked me if I could help him with the frequency modulation of either BBC or DW here in Kampala. Being the man my teacher father raised, I readily answered for the former and he said, “Thank you, thank you very much!”

Not so long after Kitintale Police Station, the guy again got me from the peace of my riddance. He showed me a bracelet he was wearing on his right arm. Particularly, He wanted me to see a lil ‘sculpture’ of a smiling face on the bracelet.

With all my attention attained, I asked him if he professed Hinduism? “No!” he interjected. “This is Buddha,” he added. “You must be lucky to wear your God and move about with… (I was honestly going to say ‘it’when he interjected, again!) “Buddha was not a God!”

Wait, Buddha was not a God, but then Buddhism is a religion. A tough series of questions he answered. He sounded both believable and unbelievable in equal measure.

I am a Christian!

The law of boomerang or otherwise called Karma is what drives Buddhism, not a god who dictates boundaries.  The intents of your actions have consequences which you shall never avoid, whether in this life or your next life!

I for one know verily that anytime I am good to humanity, I get as much goodness back! Any you too should know it already.

the guy told me that if for instance he paid twice as much the fare as the people who are conversant with the language, and ways of this public transport means in Kampala, i.e., he got cheated by the taxi conductor, it would mean he is himself paying back for having cheated someone and the conductor who cheated him now owes the world. Action, Intent and Consequences – the b*tch, Karma!

Lately I meditate so often and I am beginning to realise how commanding of my conduct I am. I have made more rational decisions in the last few days than King Leopold II did as the owner of Congo Free State. For instance I have told you about this.

Life is very complex but then very simple. There’re no odds. I believe once one finds peace with himself, contentment flows and one thrives in wisdom. I was taken up by the way-of life Buddhism is. But for kneeling before sculptures and wearing them and not recognising a Supernatural being, the boomerang principles are indeed a fulfilling life.

Meditation is an art that scientifically explains the boldly sharp edges ration.

Blogger Quinn reflects on a past encounter with a stranger in Vienna, Austria.

via Falling Half in Love with Strangers: What’s the Word for That? — Discover

What does it mean to live on or cross the border? What does it mean to be a citizen? Are there borders beyond those that are geographic? At Poetry International, a magazine at San Diego State University, poets from around the world share their thoughts on borders.

via Poets and Borders — Discover

This is a text widget. The Text Widget allows you to add text or HTML to your sidebar. You can use a text widget to display text, links, images, HTML, or a combination of these. Edit them in the Widget section of the Customizer.